A Bar and Bat Mitzvah Tribute Video: Celebrating the Journey So Far

Simone and Matt Berry’s children, Noah and Misha, were turning 13 and 12, and the parents wanted to honor the bar and bat mitzvah in a way as special as them: a joint b’nai mitzvah celebration.

Simone says she had attended other coming-of-age celebrations where parents had shown a simple photo montage of their kids, but that she wasn’t sure if she was going to put anything together. That is, until she saw some of VideoTov’s tribute movies:

“I always wanted to do something, but I didn’t know where to begin. After watching the videos on VideoTov’s website, I was inspired.”

Simone teamed up with Moriel Nevo, a VideoTov editor, to create a heartwarming movie to share at the b’nai mitzvah event. The project took preparation—Simone had to scan some old photos and compile photos and videos off of various computers—but once she got started, she says, it became a fun exercise:

“You get to travel back in time, looking at pictures you haven’t seen in years!” 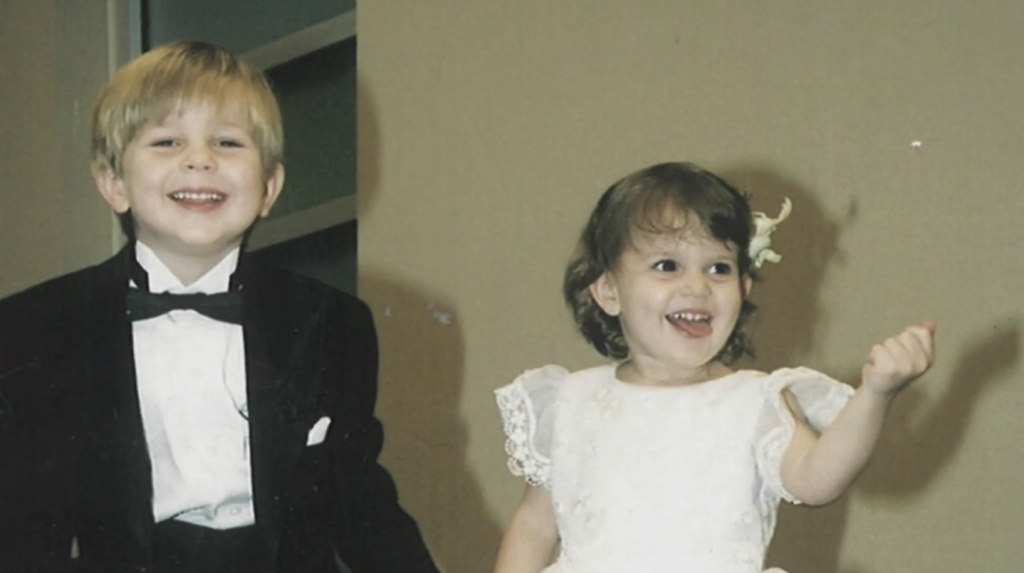 Simone and Matt chose a few songs and gave Moriel an outline of how they wanted to structure the movie: each child separately, and then together with the rest of the family and the community.

Editor Moriel was equally excited by the opportunity to work together.

“Simone made it easy by organizing the pictures and video clips into folders. The order she chose was intuitive, so I just had to choose how to fit the images and videos with the music.”

Using VideoTov’s collaborative platform, Simone and Matt watched Moriel’s drafts as they progressed and gave feedback. “I’m not much of a techie, but I found VideoTov’s platform a pleasure to work with and extremely efficient,” says Simone. “It was so easy to pause the video and add my comments. I really enjoyed the process.”

Always looking for creative ways to express emotions, Moriel decided to give the movie a vintage feel, as if it were being played on an old-timey projector. Using a plug-in for Avid Media Composer, she gave the video the blemishes, scratches, and grainy texture of film. The result was pure nostalgia.

“Moriel was such a joy to work with. Her creativity and talent brought the video to another level and we completed the project in an extremely timely fashion,” Simone praised.

And the emotional effect on guests at the gathering spoke for itself.

“Friends and family came up to my husband and me after watching it to tell us how much they enjoyed the idea of a combined still-and-video tribute. They hadn’t seen anything like it before,” says Simone, who choked up a bit herself. “I don’t usually get too emotional, but the final version was something else—watching the children grow, surrounded by loving family and friends.” 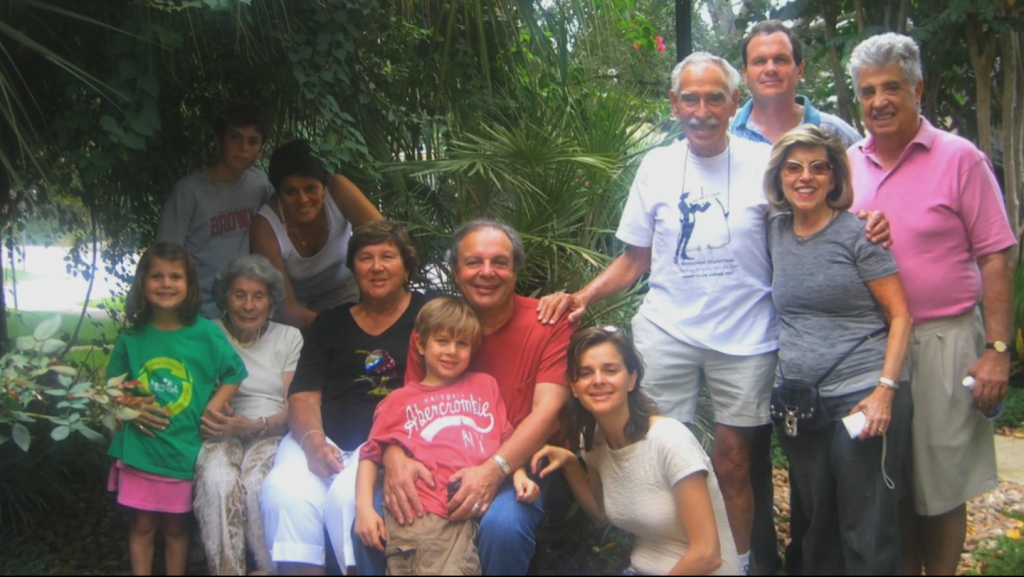 Moriel says this is one of the reasons she loves making bar and bat mitzvah tribute videos.

“You feel like you get to know a family. You see their story from when the kids are first born until they’re nearly grown. It’s an honor to create that narrative in movie form.”

The movie was such a success that Simone is already planning to make another one for her nephew’s bar mitzvah next fall.

“We had a wonderful and very positive experience with VideoTov. Knowing what could come of the effort, VideoTov inspired me, making it a pleasure to dig through and pull together thirteen years of pictures and videos in order to create a family treasure. Moriel was so patient and took the time to understand our wishes, creating a video that we will always cherish.”

Do you have an upcoming family event? Contact us now to get started on your own tribute movie.